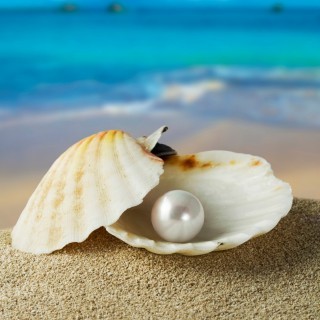 The pearl harvest is where years of hard work and investing significant amounts of money finally pays off. The pearl harvest traditionally happens in the winter months, primarily because the nacre platelets become thinner as deposition decreases and the host mollusks’ metabolism begins to slow down. The reason that this matter is because the luster of the pearl is greater once harvested. The pearl may not grow as much in the winter, but the outer layers of the cultured pearls’ nacre do look better.

The time of harvest may vary

When does the pearl harvest begin?

Once the pearls are brought onto shore from their mooring positions, the actual pearl harvest can begin. The pearls are opened by hand, one by one, and the pearl (or sometimes pearls) are extracted. With freshwater mussels and Akoya oysters, the meat and shell are used for another purpose or discarded. For Tahitian and South Sea oysters, the meat and shell are used along with the nucleation.

For those oysters, it is important to open the shell slightly, extract the pearl, and then another nucleus is inserted into the preformed pearl sac. That oyster goes into the sea to produce another pearl after going through a recovery period.

The pearl is cleaned

After the harvest, it is important to make sure that any debris is removed from the pearl. They also make sure to polish the pearl to bring out a higher luster.

After cleaning and polishing the pearls, they are going to be sorted by both size and quality categories. Many of the pearls are going to receive additional treatment, depending on the factory preparing the finished goods and the type of pearl that is harvested. It is possible that pearls are heat-treated, bleached, or pinked (this means soaking the pearl in red dye in order to bring out the pearl’s pink coloration.

What makes a ‘good’ pearl harvest?

When harvesting pearls, a good harvest means that there are a large number of marketable pearls when compared to the number of nucleated oysters. The success of the overall harvest that year is dependent on the percentage of high-quality pearls. In an average harvest, only about half the pearls are marketable and less than 10 percent of those are considered ‘high quality’ pearls.