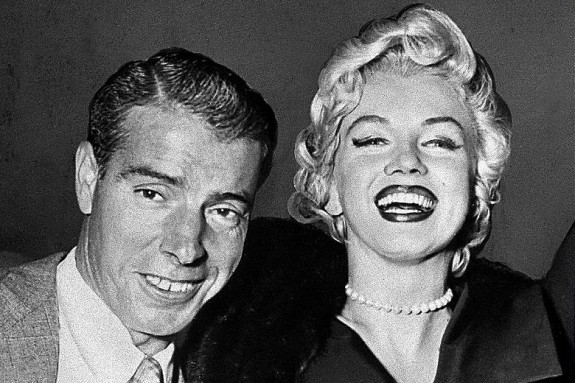 Marilyn Monroe is forever an icon of style but an interesting fact that many of you may not know is that this fashion influencer had almost no interest in jewelry. There was one piece that she really treasured and that was a simple 16 inch string of pearls given to her by her husband, Joe DiMaggio, during their Japan honeymoon in January 1954.

Monroe and DiMaggio divorced later in the year (1954) allegedly due to DiMaggio’s constant requests for Marilyn to give up her career. During their divorce hearing, it turns out that she still had love for not only DiMaggio, but she also still had love for the Mikimoto pearl necklace he had given her because she wore it to court during their divorce hearing.

Dailymail.co.uk shared an interesting article about the icon”
‘The necklace was one of the few pieces of fine jewelry Marilyn Monroe actually owned,’ says jewelry historian Beatriz Chadour-Sampson, the co-curator of the exhibition dedicated to pearls.

‘Everything else was costume. It had a meaning for her.’

In later years, Monroe passed her precious necklace to her close stylist friend, Paula Strasberg, that later passed it to her daughter keeping the necklace in good hands.