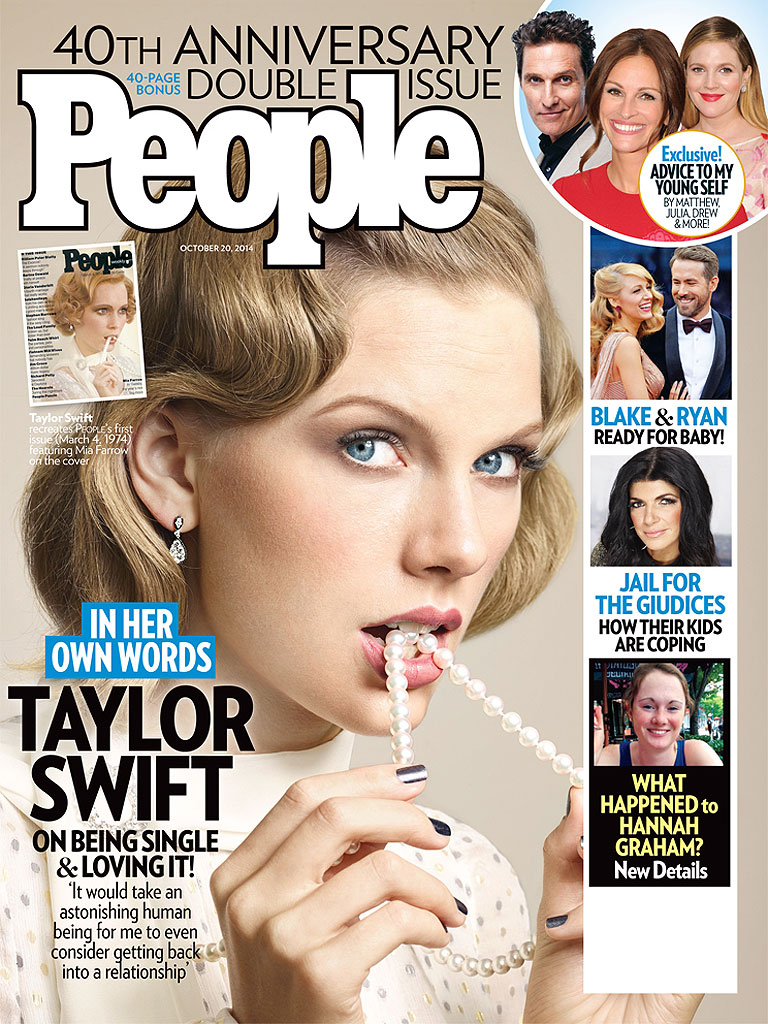 PEOPLE Magazine is celebrating its 40th Anniversary and they decided to revisit and redo their first cover using the career driven, Taylor Swift.

In a candid interview by PEOPLE, during a London stop on the press tour for Taylor’s new album 1989, Taylor opened up about “Shake It Off” from living on her own terms, prioritizing her life, having kids and much more!

Check out some pieces from her interview:

“Being on my own, prioritizing my girlfriends, my family and my music above everything else and trying things I never thought I’d try,” Swift says of the personal changes she has made. “It’s really been a liberating and freeing time.”

“I made the decision to spend time on my own and figure out who I am,” she says of embracing the single life.

“When you take the other person out of the scenario and you’re walking through life on your own, you end up figuring out what you actually like without anyone else’s input.”

Taylor on ‘having more fun’ than the haters:

“People are going to talk about you,” she continues. “But maybe you’re having more fun than them anyway.”

“I used to be fascinated by romance,” she admits. “Now I’m more realistic.” Swift tells PEOPLE.

“Being on my own, prioritizing my girlfriends, my family and my music above everything else and trying things I never thought I’d try,” Swift says. “It’s really been a liberating and freeing time.”

What do you think of Taylor’s look? Does she look adorable?

How To Wear Pearl Necklaces This Year...